EAC sets aside funds to fight floods and locusts 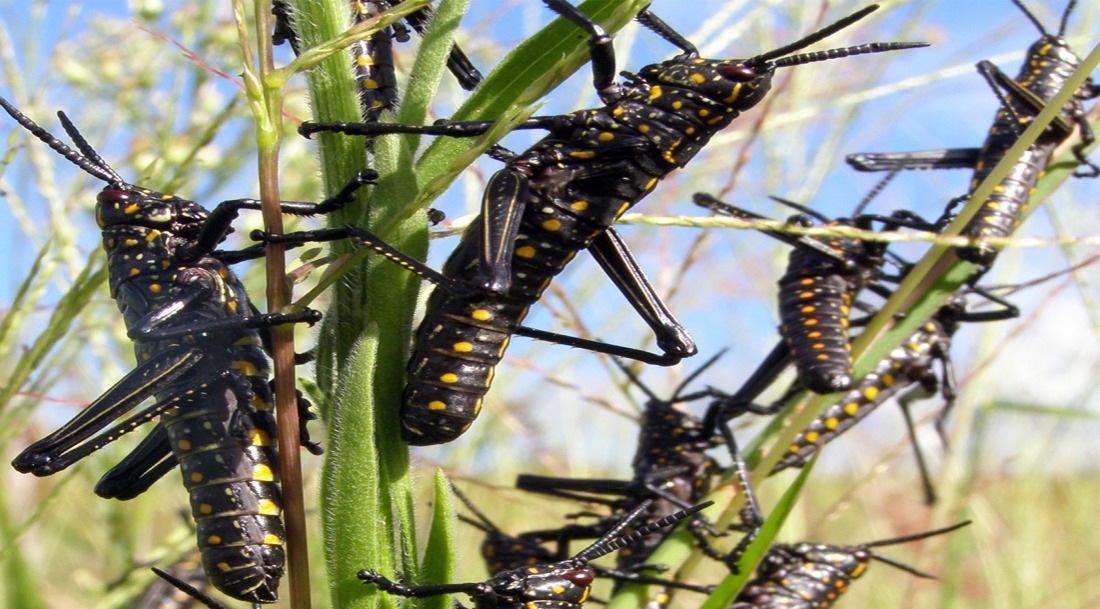 East African economy is set to be shaken by the floods which are already wreaking havoc across the region while a new generation of locusts is expected to once again invade Kenya through Ethiopia.

The East African Community secretariat seems to be hard at work as it has revealed that emergency funds have been set aside to turn tides against floods and locusts.

“We have convened a meeting of Agriculture Ministers from the EAC to discuss the impact of Covid-19 on agriculture and the impending invasion of locusts in our region,” said Christoph Bazivamo, deputy EAC secretary-general in charge of the productive and social sector.

If the wave is not averted, this will deal a double blow to food security in a region that is already grappling with widespread economic disruption from the coronavirus pandemic.

FAO’s resilience team leader for Eastern Africa Cyril Ferrand is concerned that the desert locust will eat seedlings and young plants, leaving no chance for crops to mature.

“More swarms of locusts are set to mature in central and northern areas in Kenya with a few laying eggs and hatching starts. We must continue with control measures,” said Mr Ferrand.

“The current situation in East Africa remains extremely alarming as more swarms form and mature in northern and central Kenya and southern Ethiopia. This represents an unprecedented threat to food security and livelihoods because it coincides with the early beginning of the long rains and the current growing season,” warns desert locust situation update report by FAO and dated April 28, 2020.

A new generation of breeding is underway in Kenya where more eggs will hatch and form hopper bands in May, followed by new swarms in late June and July, which coincides with the harvest season in Kenya.

“First, we intend to review measures taken by each EAC partner state and share the best practices to curb the challenge posed by these natural disasters,” he said.

FAO warns that it will be too late to stop the locusts from spreading in less than six months, thereby inviting starvation to millions.

FAO is also concerned that the chemicals used will kill wildlife and damage food supplies.

Despite FAO’s warning, EAC partner states remain unprepared to deal with the threat.

Current solutions have not and will not work, the agency warns, as the sizes of the swarms are too big for aerial spraying. Further, current spraying practices don’t kill everything, leaving bugs in the ground.

Mr Bazivamo disclosed that emergency funds allocated by the East African Legislative Assembly (EALA) will be used in the initial fight against the locusts as the region seeks for more funding support from other international as well as local partners.

“We intend to use part of the funds set aside by EALA for an emergency,” said Mr Bazivamo. The amount will be discussed in the meeting to be held later this week.

The EALA approved the East African Community’s Supplementary Budget of $4.9 million for the financial year ending June 2020, to fund its additional expenditure for priority projects and programmes that were hitherto unfunded.

Out of the amount, only $1.8 million is to be used for the financial sector and development and regionalisation projects. No specific amounts have been allocated for the locust campaign.

At the same time, Lake Victoria Basin countries of Burundi, Rwanda, Uganda, Kenya and Tanzania have been receiving abnormally heavy rainfall since October 2019 causing flooding and water levels rising in the lake.