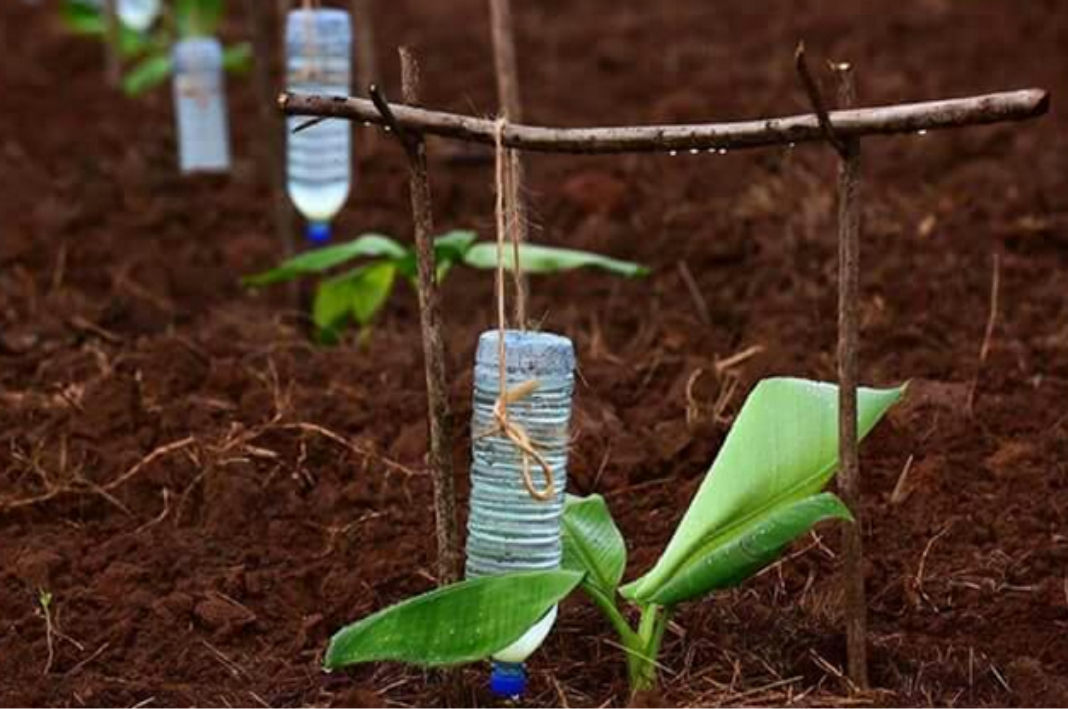 For many years, Ugandan farmers have relied and thrived, on rainfall to water the land, with irrigation a preserve of large-scale schemes for cash crops such as rice, sugar canes and flowers for export.

The government says because the climate is changing, droughts are becoming more frequent.

The country has suffered at least eight droughts in the last 40 years, compared with only three in 60 years leading up to 1970.

According to the 2009 Least Developed Countries (LDCs) report, produced by the UN’s Conference on Trade and Development, lack of water has increasingly led to a drop in food production in countries such as Uganda.

Richard Cong, an engineer and commissioner, water for agriculture, says the viability of rainfall is becoming increasingly compromised by climate change, especially unreliable rainfall, and that the only way to lessen the effects of unreliable rainfall is by applying water to the soil and crops (irrigation) when need arises.
Cong says the potential to sustain crop production by promoting irrigation has for long been recognised by communities, government, non-government, and public sector players.
He added that the ministry of Agriculture, Animal Industry and Fisheries [MAAIF] is implementing the directive of the President to fully utilise the existing [water] resources to promote irrigation systems across the country.

The master plan
Cong explained that MAAIF carried out a countrywide rapid assessment of irrigation potential and requirements and that there is a master plan showing which areas can be used for irrigation in each of Uganda’s 112 districts.

According to MAAIF, Uganda is gifted by lakes, rivers and swamps, where water for irrigation can be tapped but that it is still ranked among the countries with the least irrigation coverage in Africa.

Africa irrigates about 13.4 hectares (34 million acres or one percent of the arable land), but most of it is in Egypt, which uses River Nile water.

Cong says the total area under formal irrigation in Uganda is 14,418 hectares (35,612 acres) out of an estimated 560,000 hectares with irrigation potential and that the plan is to increase the utilisation of category A land from 5 percent to 25 percent by 2020 and to 70 percent by 2035.

“The most suitable pump for most areas in Uganda – would be the Ecologics pump, which costs about $500 (Shs1.8 million). This pump can get water from 8m deep and up to 20m high within a radius of up to 1km,” he says.

He revealed the privately owned irrigation schemes as Kibimba, River Mpologoma, Lwoba, Lugazi, Kakira, and Kinyara as other examples farmers are supposed to emulate.

Mahamood Were, a rice farmer in Butaleja says in Lwoba irrigation scheme, when farmers adopted irrigation by creating water trenches through their gardens from Manafwa river, the production of rice has improved throughout the year.

Were, also a model rice farmer in Butaleja explained that with irrigation, rice, maize and beans can now be in plentiful supply all year round.

“Our rice and maize are now growing irrespective of rainfall,” said Were.

“And I believe that one of the reasons Ugandans have not adopted full-scale irrigation is that the rains have been relatively good throughout the years but now that they have reduced, every farmer has to rethink especially those near water sources,” said Nasoma.

Nasoma explains that the adoption of the irrigation by farmers has been low and he thinks that government should come in and help farmers acquire water pumps, just like they are doing with the acquisition of walking tractors.

Felix Kabasharira, an agronomist at MTK Uganda which deals in animal drugs and health products, says because rains have become more unpredictable across the country, local rural farmers must find the cheapest method of irrigation.

Kabasharira admitted that starting irrigation systems across the country is a very expensive venture but he added quickly that it is tenable.

Okaasai said small scale farmers however should try cheaper alternatives that may include the wonder water pump which goes for about Shs250,000 (US $150).

“It is a foot operated, two cylinders, high performance equipment which a farmer can move from one corner of the farm to the other without any problems because it is light,” said Okaasai.

He explained that rural farmers could also adopt the bucket-kit drip irrigation which is a low cost method.
The system is locally assembled using an ordinary plastic bucket and drip lines readily available in shops selling farm equipment.

The buckets serve as the reservoir and are raised to a height of 1m to allow water to flow to the plants by gravity.