Kenya has not yet lost the battle against hunger 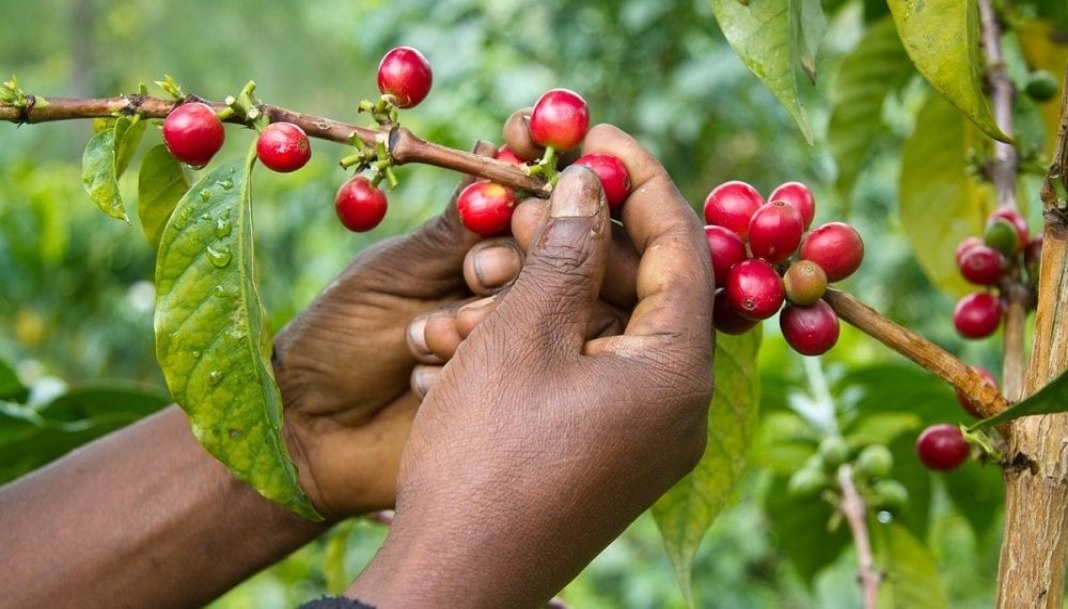 At least four million Kenyans experience hunger due to the drought. In Turkana, in the country’s northwest, between 80% and 90% of reservoirs and dams have dried up, prompting the declaration of a drought emergency.

The Russian invasion of Ukraine has caused significant disruption, driving up the cost of imported wheat grains.

Prices for maize have also risen to all-time highs. As a result, the government has decided to import maize for the first time since 2017 from outside the East African Community.

Thanks to its farmers, fresh ideas from the business and nonprofit sectors, sustainable management techniques that are being spread to other East African countries, and agricultural initiatives that are showing promise, Kenya has not yet lost the battle against hunger.

The journey to these highs is critical, though not always glamorous. Farmers and their families are the worker bees who feed nations. Their individual stories rarely get told.

East Africa has seen the rise of creative urban farmers, more so since Covid-19 struck, when they discovered that they could grow vegetables in their backyards to feed their families.

If they choose to sell any surplus, they will set their prices and sell to who they want, preferably their friends, neighbours or at organic markets.

For rural farmers, who are the majority and in their millions, they have fewer choices. They sell their surplus at markets and to buyers at extremely fluctuating, and many times low prices, that they do not set.

They have little, if any, power in the food economy of nations.

Historically, the most important investments in agriculture were by the government.

Farmers used to have government-employed extension workers, who visited farms and provided services and knowledge.

In Kenya, as in many parts of Africa, they were de-prioritised in the structural adjustment programmes of the late 1980s and 1990s.

In Kenya, the country underwent a transition to a dual government structure, and agriculture was devolved from the national to county government after 2013 under the 2010 onstitutional framework.

Counties got responsibilities and staff but found they had much smaller budgets than before in the pre-devolution era to implement agricultural programmes.

The counties aren’t without any tools, though. They have subsidised farm input; one-cow per family project; and fertiliser support.

They also still partner with the national government, as well as the private sector and non-governmental organisations that gradually stepped in to fill gaps in extending services to rural or grassroots farmers and close funding needs.

In a climate change-challenged era, one of many initiatives that point to where a sustainable farming future lies is the Sustainable Land and Forest Management programme in western Kenya.

Run the government’s Kenya Agricultural and Livestock Research Organisation (Kalro), with funding from the Alliance for a Green Revolution in Africa (Agra) for the past five years, it is a partnership with the UN Environment and others, in a consortium of a dozen partner organisations.

Today, these food security coalitions are striking for how wide they are.

The project revolves around interventions to stop the degradation of a vast forest that stretches through three counties of Kakamega, Vihiga and Nandi, with other neighbours who call it different names.

Driving around the three counties in June, when it is lush green, it is difficult to associate this area with drought, but that is the case.

About a kilometre off the newly re-done highway, we find the Indangalasia Innovation Platform (IP) microcatchment area, and one of its star farmers, Astariko Musundi, who runs a small mixed farm, where he grows traditional vegetables, maize and beans, and keeps three cows.

A smiling naturally curious person, he gives us a tour of his farm and delights in revealing more and more of the magic or new ventures he is exploring.

Astraiko shows us a mushroom project he is completing. But before that is a water pump that he is eager to show off to his visitors.

Astrariko goes to agricultural shows to learn more about how to improve his farm and has found regenerative agriculture to work well.

Years earlier, he had learned that water solutions that allow people to irrigate were described as a god-like power.

And after he visited a Kenya Climate-Smart Agriculture Project, where he saw a solar-powered water irrigation system, he was intrigued. He got in touch with a company that then gave the Indangalasia IP one pump to be shared among its members.

The pump solution has a combination of an immersion water pump, solar panel, battery, light bulbs for a house, and a 30-metre pipe.

It costs Ksh 62,000 ($527) and comes with a ten-year warranty. The battery, which takes four to five hours to charge with the solar panel, will run the water pump for two hours enabling Astariko to fill a 2,000-litre drum that he uses for irrigation.

Theft of water pumps and solar panels is an increasingly common hazard that rural farmers face.

The solar equipment can be easily folded up to pass on to a neighbour or be locked in a house or store.

This is a good feature as theft of water pumps and solar panels is an occasional, but increasingly common hazard, that rural farmers face.

The rainy season can also be a curse in the areas, as flash floods sweep away crops, fertiliser and rich soils.

But the conservation techniques of building ridges, and planting cover crops pay off, as the IP farmers can protect their crops and stock up on harvest, even when their neighbours lose theirs.

By having a steady supply of produce like managu (African nightshade), terere (amaranth), mrenda (Jew’s mallow), kunde (cowpeas), they can supply local schools with food from steady harvests that alternate and mix to enrich the diets of students.

Some are also medicinal. Near his house, Astariko grows climbing vines of a rare plant called Mondia White.

After he cuts and dries its roots, this becomes mukombero, known as the African Viagra, commonly chewed as a stimulant and a virility enhancer.

In the past, he would go deep into the forest, to search for it, but now it grows in his compound and is a steady source of income.

There is no need for ploughing and weeding, as they do plant by hand ripping.

Farmers like Astariko have benefited from conservation agriculture that results in higher yields of crops like maize and with fewer operations meaning a much lower cost of labour and production.

In it, the farmers have a basket of options: from crop rotation to rainwater harvesting for irrigation, terracing, plant cover crops that stop hold the soil together and reduce erosion.

Also, they can plant crops like onions among other leafy vegetables to repel aphids, and plant Canavala, a good cover crop around maize fields that improves soil fertility and repels moles that attack other food crops.

While others plant fruit trees as boundary crops, crop-friendly trees, such as kahazira (Ethiopian kale) and calliandra have branches that are good for firewood and desmodium and napier to stop soil erosion and are used to make fodder for livestock.

Cows, chickens and other animals are a central part of the conservation farming equation.

Previously kept for milk or eggs, farmers have learnt why they should shift to zero-grazing and intense feeding methods.

Now, instead of sending their animals far away to go graze or forage in the forest, they have been taught how to easily turn animal dung, into free organic manure for their crops, with minimal effort.

Some IP farm grows a version of napier and neighbours are welcome to come and cut the seedlings to re-plant in their compounds.

If Africa could have many more farmers like Astariko’s, and if the outcomes in Kakamega could be replicated in many places, it would ward off hunger.

Ernest Mushira Aluvayi, secretary of a nearby IP at Shamiloli in Kakamega, learnt a valuable lesson from the engagements. He and many neighbours now plant Haraka maize, a variant that does not grow as tall as other maize varieties and is ready for harvesting within three months.

Because of its height at maturity, it is not blown down by the occasional strong winds, and this improves food security. And with its fast growth, a farmer can plant and harvest it in more cycles in a year.

Farmers are exposed to many interventions from the agrovet shops, government arms, and private companies.

They face many decisions, what to do know, what to invest in, and which seed type to plant and often they do not know who is behind a product or the science.

Some are enrolled to plant new crops, without training and soon come to rue their decisions.

Part of the challenge is scientific interventions do not get known beyond academic and research circles. For example, many farmers only know of, demand, and use CAN and DAP fertiliser, yet Kenya has 24 different blended fertiliser variants approved and available for different crops and farm conditions.

The central tenet of the Sustainable Land Management (SLM) programme around the Kakamega Forest ecosystem is to have its people take care of an investment that feeds them — the forest.

Kalro has distributed and planted 363,000 tree seedlings. The organisation gave farmers two tree seedlings each to plant in their compound and advised them to uproot water-draining eucalyptus and cypress trees.

Amid all this, it is easy to forget the impact Covid-19 has had on rural areas and food cultivation.

Covid-19 meant no more physical meetings across Kenya, no more agricultural shows by the Agricultural Society of Kenya and counties, and demonstrations, talks and visits for them to teach their peers or learn from extension officers.

Markets were cut off, people had nowhere to sell or buy produce as markets were closed, labour was restricted, and no training programs could be had

One of the collaborators in the SLM programme is Prof Francis Muyekho,of the Masinde Muliro University of Science & Technology (MMUST), who assessed the biodiversity of the area and the degraded forests around Kakamega to advise on farm activities and to increase crop yields

Seven students from the university have received research assistance from the programme as they pursue post-graduate studies on crop protection, natural resources, and animal production.

As the graduate students complete their theses, the next cohort of students will work on gaps identified by the earlier researchers and continue community outreach and training MMUST also established a technical and vocational education and training institute and currently has 22 certificate programmes with 303 students and 25 diploma programmes with 1,430 students.

Through applications of conservation agriculture and new learnings, many farmers have stopped encroaching on the forest.

Astariko has put his children through school with the proceeds of his farm and hopes one of his sons will join the famous Bukura Agricultural College.