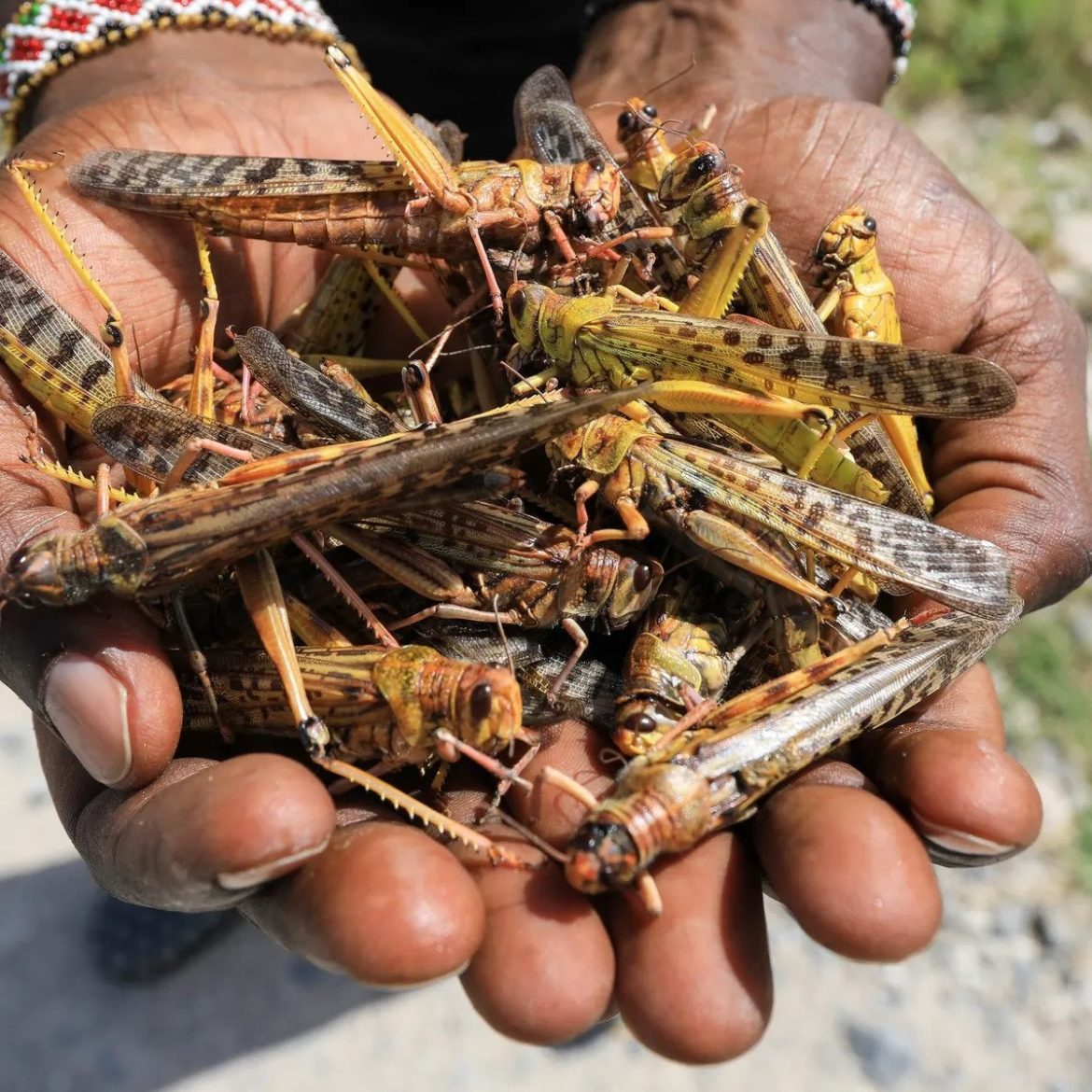 The new generation of locusts has hatched in Turkana, Kenya’s poorest region. The young locusts are eating everything in sight, and when their wings mature the swarms will be able to travel up to 130 kilometres (80 miles) in a day.

The branches on trees around Kenya’s northern town of Lodwar have been stripped bare of leaves, bending downwards under the weight of voracious young locusts.

Numbers of locusts exploded in East Africa and the Red Sea region in late 2019, exacerbated by atypical weather patterns amplified by climate change. Swarms of insects flew west from Yemen, and this year reached Kenya, Somalia and Ethiopia.

The hatchings have occurred as crops are planted in a region where 20 million people struggle for food.

“The locusts have come to destabilise an already bad situation,” said Daniel Kirura, head of the United Nations Food and Agriculture Organization in Turkana.

Kirura fears the swarms will spread quickly and said teams are working frantically to spray them with insecticide before they become airborne.

“Within one week they may mature to swarms that may fly away,” Kirura said. “Our wish is to control them before they leave Turkana.”

Turkana is a vast, dry scrubland in northwest Kenya that borders Uganda, South Sudan and Ethiopia. Residents say the insects are devastating farmland and grazing areas.

“These things that jump up and down came here two days ago and have eaten all the trees,” said Michael, near Turkana’s capital Lodwar. “They have even finished grass for the goats.”

Residents are beating tin drums to scare away the insects.

“They have destroyed our maize, pawpaw tree,” Christopher Lotit said. “So because they do not want noise, we use noise to get rid of them.”

Report predicts loss of $5 billion in export revenue for EAC

The pandemic must transform global agriculture