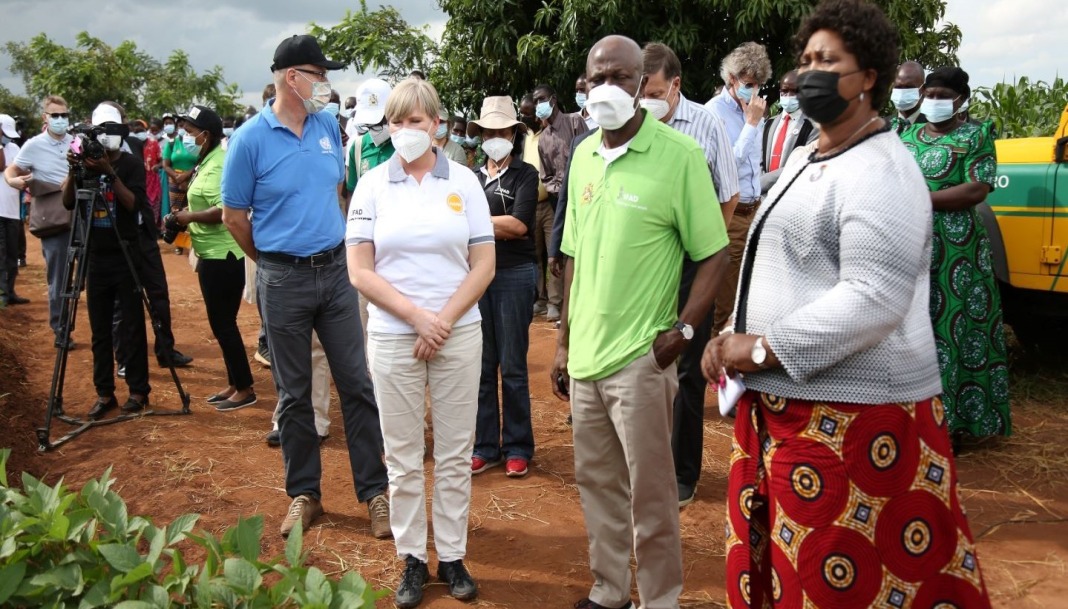 Norway has pledged NOK 45 million ($5 million) to increase the incomes and build the resilience of small aquaculture farmers in Kenya, Mozambique and Tanzania.

The country is also financing programmes to help small-scale farmers adapt to climate change and tackle malnutrition and, more specifically, is supporting farming families and refugees in the Lake Chad Basin for a total of $30 million. In 2021,

Norway recently boosted its fight against hunger and poverty by announcing a contribution of NOK140 million (US$14.7 million) to the International Fund for Agricultural Development (IFAD), the UN’s rural development agency. The announcement was made during a visit to Malawi by the Norwegian Development Minister Anne Beathe Tvinnereim and IFAD’s President Gilbert F. Houngbo.

With these new funds, which are in addition to Norway’s contribution of NOK 508 million (more than US$53 million) announced in February last year, the Norwegian pledge to IFAD’s programme of work from 2022 to 2024 amounts to an 80 per cent increase in Norwegian Kroner (55 per cent in US dollars) compared to contributions during IFAD’s previous programme cycle.

Over the next three years, with support from member states like Norway, IFAD aims to create the conditions to enable more than 140 million people living in the world’s most fragile, remote and food-insecure areas to escape hunger and poverty.

“We have a historic opportunity to reignite progress toward the elimination of extreme poverty and hunger by 2030 by increasing our investments in the world’s poorest rural communities,” said Houngbo. “With Norway’s leadership and support, and with targeted and timely investments, rural people can produce more food and increase their resilience to climate change, pandemics and other shocks.”

“IFAD is an important partner for Norway in our contribution to reach the Sustainable Development Goals,” said Tvinnereim.

Norway’s contribution adds to more than $1.2 billion in pledges made by the IFAD Member States in support of IFAD’s work from 2022 to 2024. Rural development projects in sub-Saharan Africa will receive at least half of the funding, with countries facing conflict or other fragile situations receiving more than a quarter of the funds.

Projects addressing climate challenges will receive 4 out of 10 dollars invested by IFAD and its partners. This will contribute to achieving the Paris Agreement and ensure that small-scale farmers can access more climate finance. Youth and rural job creation will also be key investment priorities.

A founding member of IFAD, Norway has already contributed more than $488 million to the Fund’s core resources in the past four decades.

IFAD is the only global development organization that works exclusively on eradicating poverty and hunger in rural areas. It is dedicated to transforming agriculture, rural economies and food systems by making them more inclusive, productive, resilient and sustainable.

IFAD invests in rural people, empowering them to reduce poverty, increase food security, improve nutrition and strengthen resilience. Since 1978, we have provided US$23.2 billion in grants and low-interest loans to projects that have reached an estimated 518 million people. IFAD is an international financial institution and a United Nations specialized agency based in Rome – the United Nations food and agriculture hub.

A wide range of photographs of IFAD’s work in rural communities is available for download from its Image Bank.

Africa, Europe would benefit from opening up of Agricultural market: Uganda President