Africa, Europe would benefit from opening up of Agricultural market: Uganda President 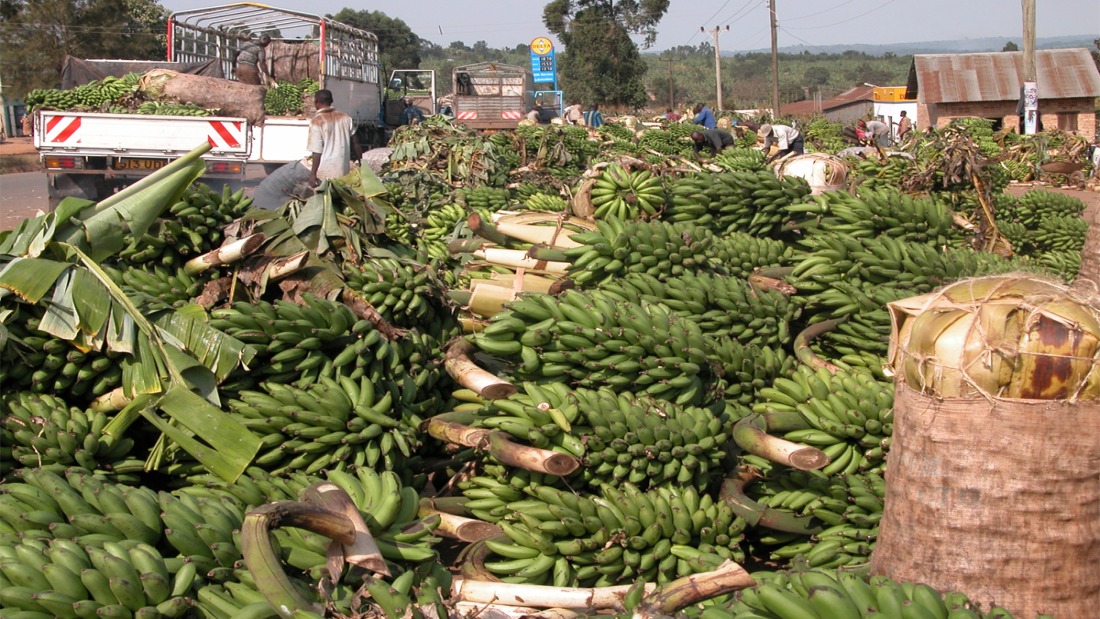 The Ugandan president Yoweri Museveni believes that Europe and Africa would greatly benefit if the agricultural market is opened up.

Museveni asked the European Union to open up its market to Africa’s food products and improve farmers’ incomes for sustained food security on the continent.

“If you are to link Europe and Africa on the issue of food, you will be well off. Africa would be well off and Europe would get cheap food. In Uganda, we do things easily. Right now, we are in a little war with Kenya; the war of eggs and chicken. Our chicken when it goes to Kenya it is cheaper and better so our people undersell the Kenyans. In order to have eggs, you need maize for chicken feed. Uganda produces maize cheaply. Kenya farmers are now crying and using non-tariff barriers,” he said.

“If you can help us with the European market; remove the distortion that was introduced by the European Union when they introduced European Agriculture Policy where you maintain artificial farmers in Europe with subsidies. Here, we don’t need subsidies. I am a farmer, I have never got any subsidies from anybody and I produce food cheaply for Ugandans. You wonder why the Europeans could not get cheap food from here instead of having that distortion,” he said.

Museveni was on Tuesday meeting Bjorg Sandkjaer, the State Secretary and Deputy Minister of International Development from the Kingdom of Norway at State House Entebbe.

The two leaders discussed various issues pertaining to food security and income generation and social economic transformation among other things.

Minister Sandkjaer hailed Uganda’s efforts to ensure that people have food and said Uganda is doing this very well.

“It would be fantastic if that distortion was removed. In 1955 when I was in grade three at school, I was educated that the biggest producer of wheat and beef in the world was Argentina. By 1900 Argentina was the 10 richest country in the world, but now it is in very bad situation. The main reason was the EU market… when Argentina, Australia and New Zealand had their products blocked from the EU Market. That’s how Argentina declined. Australia maneuvered and diversified,” he said.

Museveni said with two rainy seasons a year, even without irrigation, Uganda grows food twice a year which is quite unique.

“Even a culture like my group, there is obugyegashe ,a small harvest in June. You plant in March and harvest in June with the rain only without irrigation. Then the big harvest is the one of August. We plant in September Nyakanga (A month that you must not see seeds in the house. They must have been planted by September) and harvest is in January. That is why January in our language bilulu (the month when people are making alarms to chase birds from eating the millet,” he said, adding that with a bit of mobilization people have been waking up to commercial agriculture. “Ugandans like sleeping. They have been producing food for eating but since some time now we have been waking them up to produce food for eating and for the pocket. This is the big war,” he said.

He said in terms of food production, especially if we add irrigation even now, Uganda has surplus of maize, milk, Sugar etc.

“We are one of the biggest producers of bananas in the world, have surplus milk. Everything is surplus, including beef and sugar. The problem is the market,” he said.

Johan Visser joins Agrico to focus on drip and micro-irrigation