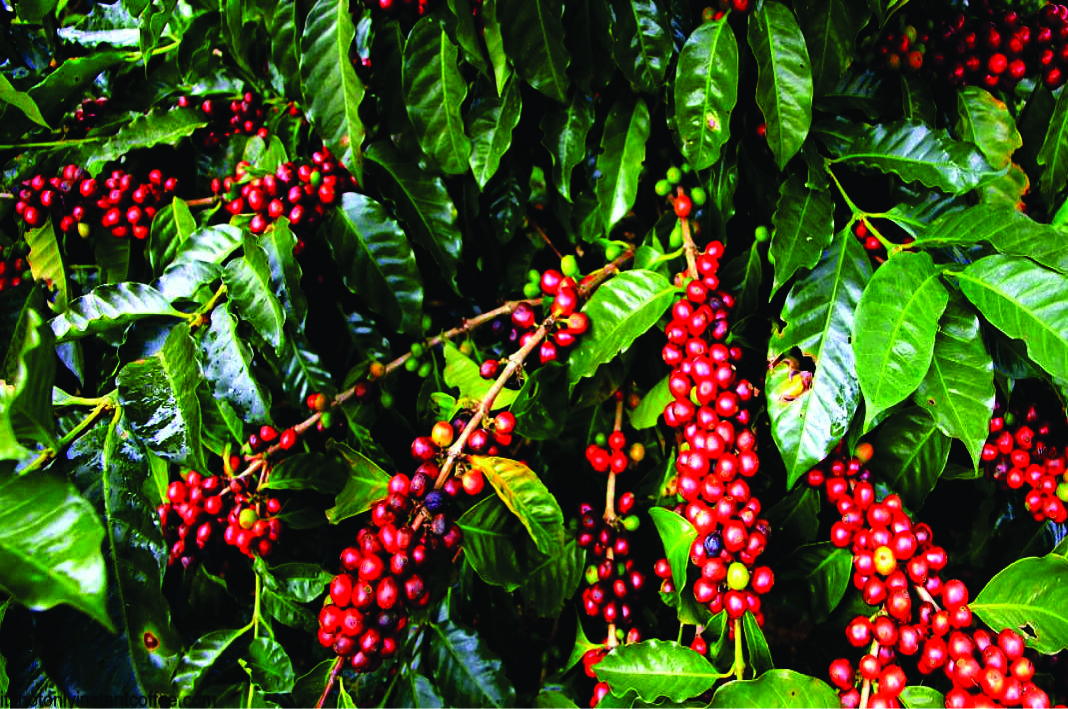 Climate change could take the steam out of Ethiopia’s coffee business. But espresso-addicts need not despair, say plant scientists.

Climate change could be about to hit a developing East African country where it hurts most. It could make more than half of the regions that grow Ethiopia’s coffee unsuitable for its indigenous marvel: the tree Coffea arabica.

There are more than 100 different kinds of coffee bean, but Arabica is the one most prized. It evolved in the high, hot mountain forests of southern Ethiopia, to become the basis of the world’s favourite drink, and the world’s most important commercial crop plant.

Around 15 million Ethiopian people on four million farms – that is, about one person in six of the entire population – earn a living from the bean, and it generates around one fourth of the nation’s annual export earnings.

It has made the country the largest coffee producer in Africa and the fifth largest in the world. In the year that ended in April 2016, it exported 180,000 metric tons of coffee, at a value of around $800 million. And it has done that even though half of all the coffee grown in Ethiopia is consumed there.

But if the world’s nations keep on burning fossil fuels under the now-notorious “business as usual” scenario, all that could change. The predicted rise of the planetary thermometer is likely to open up new high-altitude breeding grounds for the malarial mosquito and put another six million Ethiopians at risk of one of the world’s great plagues.

And it is now predicted to change the temperature and rainfall regime that made the high forests of Ethiopia the ideal place for the ideal coffee bean.

But, say scientists, all is not lost. Researchers at the Royal Botanic Gardens at Kew in the United Kingdom report in the journal Nature Plants that a match of satellite data, computer simulations and research on the ground shows that – even under severe climate change – coffee growers could relocate to higher ground, while those who could not do that could diversify to take advantage of the changing conditions.

Coffee is one of those crops that flourish in the sheltered conditions of the hot, high and moist forest, which means that the country has an investment in conserving and even restoring its natural woodlands. Climate change has already made life a little harder for coffee growers, and the researchers expect conditions to deteriorate over the decades.

“This is the culmination of many years’ work, where we are trying to understand in detail the influence of climate change on coffee production in Ethiopia,” said Justin Moat, one of the leaders of the study.

The scientists travelled around 30,000 km to visit 1,800 sites in the country between 2013 and 2016 to conclude that somewhere between 39% and 59% of the coffee-growing region could become unsuitable for coffee farming by 2100.

In the next 20 years, however, climate change could begin to make other regions increasingly more suitable. The researchers are concerned, too, about the wild ancestor of Coffea arabica, so they identified those stretches of forest that would, if climate change becomes severe, be more likely to act as “refuges” for the crop’s natural ancestor.

“Arabica coffee originates from the highland forests of Ethiopia, and it is our gift to the world,” said Sebsebe Demissew, a botanist at the University of Addis Ababa and a partner in the study.

“As Ethiopia is the main natural storehouse of genetic diversity for Arabica coffee, what happens in Ethiopia could have long-term impacts for coffee farming globally.”– Climate News Network

Kenya’s sugar imports up 36pc in four months on shortage