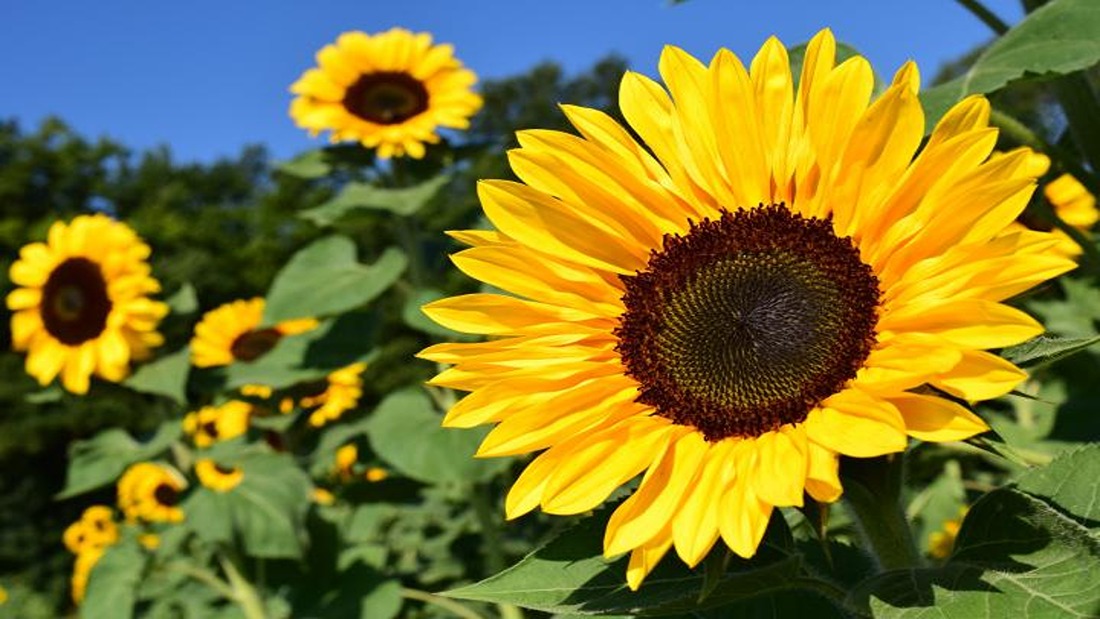 Concerns are rife that while Africa is growing more crops, these are not for food and that on the current trajectory, present food import costs into Africa, now estimated at 55 billion US dollars a year, could double by 2030.

Three crop species-maize, wheat and rice meet an estimated 50 percent of the global requirements for proteins and calories, according to the UN’s Food and Agriculture Organization (FAO).

Yet despite Africa’s expensive agricultural sector, the continent’s maize, rice, and wheat account for 7, 5, and 4 percent of the world’s production, respectively. But experts say pitting food crops against cash crops is not the right conversation to have.

“The most productive conversation should be firmly centred on how to support farmers to produce more food for everyone and to export even more as this will improve the farmer’s quality of life and get themselves out of poverty,” said Hafez Ghanem, former Regional Vice President of the World Bank Group and current non-resident Senior Fellow in the Global Economy and Development Program at the Brookings Institution.

He shared the mistake many countries made after independence was to try to ensure cheap food for people in the cities by keeping farmgate prices low and by trying to coerce farmers into producing certain food crops. The result was that the farmer became poor. If the farmer is poor, they cannot produce, and in the long run, everybody becomes poor and hungry.

“No country can produce all the foods that it needs. We will have to export some and produce some. If we start increasing yields for cereals, for instance, through increased use of quality seeds, fertilizer, and irrigation, farmers can produce more food crops without interfering with cash crops production, and the farmer will be richer,” said Ghanem.

According to the Africa Agriculture Status Report 2022, ‘For Africa, accelerating the transformation of our food systems is more vital than ever. Africa has a few other incentives for transforming its food system; with one of the most degraded agricultural soils in the world and increasing droughts, Africa will face significant exposure to water-related climate risks in the future’.

The report further revealed that ateast 90 percent of sub-Saharan Africa’s rural population depends on agriculture as its primary source of income. More than 95 percent of agriculture is reliant on rainfall, according to the report.

The report finds that the consequences of unpredictable rainfall, rising temperatures, extreme drought, and low soil carbon will further lower crop yields exposing Africa’s poorest communities to increasingly intense climate- and water-related hazards with disastrous results. Ghanem does not believe that the issue of food security in Africa is a consequence of producing too many cash crops. The real issue, he said, is two-fold.

“The first part of the issue is that, in general, the productivity of land under cultivation for both cash and food crops is low. We need to increase land yields for both cash and food crops. The solution, I do not believe, is to stop exporting cash crops to produce more food. The second part of the issue is the challenge presented by climate change and we need to do much more to make agriculture more resilient to climate change,” explained Ghanem.

Further to that, he said that concerns that there is the prioritisation of cash crops over food crops are misplaced. “Think about the profile of farmers in Africa. We are talking about very smallholder farmers. In countries such as Cote d’Ivoire and Ghana, farmers are making much more profits producing cocoa or coffee than producing rice, for example. We cannot ask our farmers to produce crops that are lower yielding and therefore less profitable,” noted Ghanem.

Any solution that we propose for food security, he cautions, has to bear in mind that the most food insecure and poorest people in Africa are in the rural areas. Against this backdrop, experts such as Ghanem see no conflict between the production of food and cash crops, saying that Africa has vast lands to produce both. Outside of countries such as Egypt and other countries in North Africa, he said the rest of the continent has vast and available arable land.

Data by FAO shows Africa is home to an estimated 60 percent of the world’s uncultivated arable land. Ghanem, therefore, said the solution is to facilitate farmers to irrigate their lands and access high-quality seeds and fertilizer. Africa needs about $40 to $70 billion in investment from the public sector and another $80 billion from the private sector annually to sustain food production on the continent, according to Africa Agriculture Status Report.

Additionally, Ghanem said investing in technology that can produce critical inputs such as fertilizer and climate-resilient high-quality seeds will prove highly productive in the future. “Take, for instance, fertilizer which is expensive because it is imported. The establishment of some of the world’s largest fertilizer-producing companies in Nigeria and Morocco, calling for such investments in other parts of the continent. Subsidies for farm inputs such as fertilizer are not the solution and that producing inputs that farmers need in-country or at least on the continent will set the agricultural sector on a resilience path to greater productivity, enough food for all, and profitability,” concluded Ghanem.