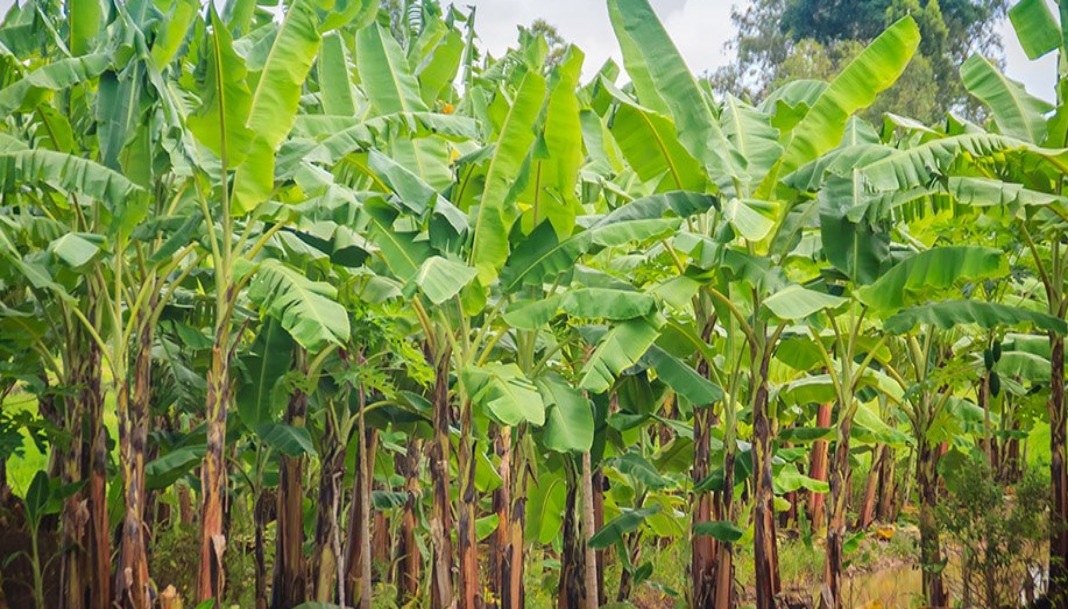 Drought-tolerant and disease-resistant banana hybrids have been produced by plant breeders in Uganda and Tanzania to help the East African banana industry commercialize.

More than 1,350 Ugandan and Tanzanian smallholder banana farmers have responded positively to the new hybrids, according to Dr Jerome Kubiriba, a researcher at Uganda’s National Agriculture Research Organization, who have struggled to keep their plantations alive for more than four or five years due to intense pressure from plant diseases like Xanthomonas wilt (BXW), fusarium wilt, and black Sigatoka (NARO).

Some regional agricultural analysts predict that East Africa’s banana farmers will soon enjoy the best of both worlds: bananas developed from conventional breeding and emerging biotechnologies like genome editing. The new advances also mean the region will likely be able to control the devastating Xanthomonas wilt (BXW) disease that has stymied production.

Dr Ivan Kabiita Arinaitwe of Uganda’s National Banana Research Program told the Alliance for Science that the high-yielding new hybrids were developed through conventional breeding by crossing an East African highland banana cultivar (Triploid 3x) and a male diploid (2x) parent of the wild species Musa acuminata, which contributes the source of resistance to pests and diseases.

The new hybrids are resistant to black Sigatoka (Mycosphaerella fijiensis), a serious plant disease first reported in Tanzania in 1987 and Uganda in 1990. Black Sigatoka, also known as leaf spot disease, is the most serious constraint to banana production in the Great Lakes region. Recent research indicates the disease causes the premature ripening of the fruit, reducing yields by 76 per cent.

In addition to disease resistance, the new hybrids are better adapted to drought and have more leaf cover. They also increase yields four-fold and taste much like popular local varieties, making them well-suited to long-lasting plantations and improving food security, researchers said.

“Up to 90 hectares of banana breeding fields have as a result been planted at the [NARO] research laboratories in Kawanda, near Kampala,” Arinaitwe said. “In the laboratories, pollinations and evaluations of banana bunches are done to get hybrid seeds from which improved primary hybrids are obtained. The first level hybrids generated from the primary pollinations are then crossed with improved diploids (2x) to create secondary triploids (3x) from which final hybrids with desired traits are evaluated and picked.”

Kenya’s National Biosafety Authority approved field trials for the BXW-resistant GM bananas at the end of 2017. The Authority’s website indicates that the trials are still ongoing. By all accounts, the development of a GM crop in Kenya takes between 10-12 years from laboratory experiment to full commercialization.

In the context of Uganda and Tanzania, the win-win for smallholder farmers growing banana hybrids developed from conventional breeding and emerging biotechnologies will likely depend on how soon the two countries overcome what regional biotechnology proponents call an ill-advised ambivalence towards modern and invaluable plant breeding tools.

There is optimism that the tide will soon turn in the two countries. In Uganda, plant breeders are already cognizant that conventional breeding cannot be the magic bullet that delivers all the traits needed to ensure the region’s important banana sector survives. They have also banked on genome editing to introduce traits such as pro-vitamin A for improved nutrition value.

While the hang-up for GM technology in Uganda has for the most part been on the regulatory side, significant inroads have been made behind the scenes in discussions with important stakeholders on the importance of agriculture biotechnology to the country.

“The stage in discussions is advanced and we hope the new Ugandan parliament will pick up the threads and momentum that had been gained,” said Dr Priver Namanya Bwesigye, one of the region’s foremost plant biotechnologists and program leader of Uganda’s National Banana Research Program.

Across the region, several actions have been taken to increase the value of processing raw materials from bananas, including the male bud, pseudo stem and corm, into beverages, bioactive compounds, bio-fertilizers, confectioneries, cosmetics and pharmaceuticals.

In Uganda, these advancements have been driven by the Banana Livelihood Diversification project and the Presidential Initiative on Banana Industrial Development, among others.

Bananas have a natural crop cycle of 12 to 18 months, which slows the pace of research. It took NARO 15 years to develop and deploy seven improved varieties of cooking banana (Matooke). The Accelerated Breeding Better Bananas initiative —coordinated by the International Institute of Tropical Agriculture (IITA), NARO and Tanzania’s Agriculture Research Institute — is expected to add value to the diversity of improved traits and reduce the breeding timeline to eight to nine years, Bwesigye said.

The initiative has thus far produced more than 230 banana hybrids for advanced screening in the field trials, from which more improved banana hybrids with multiple traits will be selected, Prof. Ronny Swennen, leader of the initiative, recently wrote on the IITA website.

“That is a stunning 250 per cent overachievement on the project target for its five-year timeframe,” he wrote. “Initially, the consensus was to deliver 95 promising banana hybrids but 230 were delivered for advancement to preliminary yield trials. This adds to the abundance of seeds produced (230,000) and embryos cultured (160,000), which far exceeded projections. For a crop viewed as among the most difficult to breed, this is rewarding progress.”