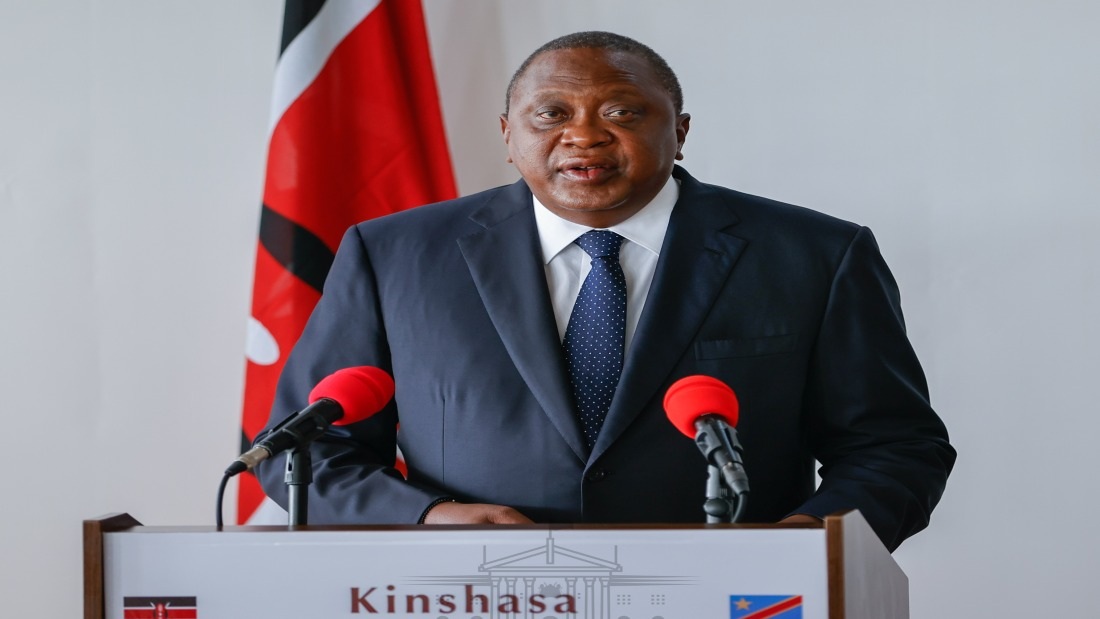 Kenya and the Democratic Republic of Congo have signed important agreements on transportation, defense, and trade, signaling a drive to increase the low levels of trade between the two countries.

Following a bilateral meeting between Presidents Uhuru Kenyatta and Felix Tshisekedi, the two sides signed a new agreement on Wednesday to handle cargo from the Mombasa port, which grants the DRC some rights in using Kenyan facilities.

Kenya also offered to open diplomatic outposts in Goma and Lubumbashi, both in eastern DRC, to provide traders with consular services, according to President Kenyatta.

The Agreement on Maritime Freight Management, revised from earlier arrangements, will be the basic legal framework in handling all freight cargo coming through Mombasa destined for the DRC.

President Kenyatta told a joint press conference that Nairobi is seeking to bring the region “closer so that we can fight our common problems together.”

When fully implemented, the deal will address delays on DRC imports by dedicating clearing channels for the goods headed for the DR Congo market. No further details were revealed but officials had suggested the arrangement may include specialised yards for goods from Congo and the country’s officials being deployed at Kenyan ports to speed up clearing of goods.

The move came as Kenya indicated wish to improve its trade with DRC from last year’s Sh1.8 billion, 70 per cent of which were goods sold to eastern DRC.

And, despite the country relying on eastern Africa sea ports for imports, Mombasa handles less than 15 per cent of the share of goods sent to DRC, with Dar es Salaam in Tanzania and Beira in Mozambique getting the bulk.

President Kenyatta said: “I believe that our commonality gives us a very good opportunity for us to deepen our relations further as we work together to achieve these objectives for the people of our respective countries. One thing I’d like our two [technical] teams to work on is to ensure that we ease the problem of our people being able to travel between our two countries.”

Having a proper cargo handling framework will also mean that both sides harmonise the fees charged on goods imported on their territories. Kenyan drivers had complained recently of abrupt charges while delivering goods to the DRC.

The two countries have a Bilateral Air Service Agreement and, although they had prior arrangement on transportation of freight cargo, players often complained of stiff non-tariff barriers. The new deal, officials say, should address the anomalies.

“As we move towards deeper integration not only of our region but continent, we should be able to ease the restrictions in terms of visas and other issues and I look forward to engaging with you so that we can make it easier,” the President, who is on a three-day state visit to the DRC, said.

The Head of State also witnessed the signing of a defence cooperation agreement that covers policing, war on terrorism, maritime and aviation security and immigration. This will also handle future issues on customs, especially before the DRC joins the EAC.

Kenya has traditionally supported peace bids in DRC, which has endured perennial wars. In 2013, Kenya hosted Congolese parties as they signed a peace accord with the rebel group M23.

The General Cooperation Agreement between the two, a statement from State House, said, will provide “a framework through which the parties will promote economic, technical, scientific and socio-cultural cooperation on the basis of the principles of sovereign equality and mutual benefit.”