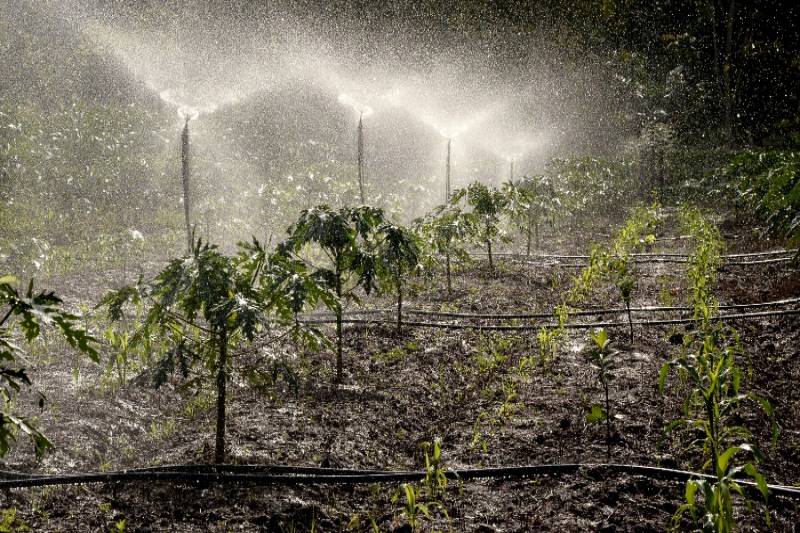 Songea District residents have indicated a desire to improve irrigation infrastructure in the area in order to boost crop production.

On Friday, they did so at Namatuhi Village at a meeting with Agriculture Deputy Minister Hussein Bashe.

The discussion took place following a visit of Peramiho’s Njoka A and Namatuhi Irrigation Schemes, which help 301 farmers and can irrigate 220 hectares of land.

“Following challenges facing the schemes, only 192 hectares of land are currently being irrigated. Two canals at the Namatuhi Irrigation Scheme and one at the Njoka Irrigation Schemes are not properly working,” said Namatuhi Village chairman Beda Zenda.

Mr Kelvin Mbunda said most irrigation schemes were incomplete, therefore adversely affecting irrigation in available hectares of land owned by farmers. “The price of fertilizer has reached Sh80,000. Farmers can’t afford this,” he said, requesting for the government’s intervention.

He was seconded by Ms Donatha Charles who said the situation was worse due to farmers’ lack of access to low-interest loans from the government and financial institutions that could support farming.

“We’ve 15 well-organized groups, but their efforts to secure low-interest loans have failed,” she said, asking the government to empower farmers.

In his response, Mr Bashe said irrigation schemes have died because of poor management and care by farmers.

“The analysis should include costs of constructing a canal that will take water to the farms and another canal for taking water to the river from the farms to prevent floods in the fields,” he said.

After evaluations and rehabilitations, schemes will be registered in a database and proper management of irrigation funds through the Irrigation Development Funds (IDF) will be established,” he explained.

“You have been choosing embezzlers to manage irrigation schemes. The government will encourage proper management of irrigation funds in order to facilitate repair and construction of new schemes in the region and other parts of the country,” said Mr Bashe.

He said Sh600 million has been allocated in the 2021/22 budget for rehabilitation and construction of Muhukuru Irrigation Scheme in the district.

On high prices of fertilizers and low prices of maize, he said while the government was taking short, medium and long term measures to control fertilizers prices, next month, the National Food Reserve Agency (NFRA) will start buying the produce at Sh500 per kilo.

“Centres will be opened in every district and villages to reduce farmers inconveniences of taking their produce to far located centres,” he said.

Speaking about the 10 per cent empowerment funds disbursed by council authorities countrywide to the women, youth and People with Disabilities (PwDs), the Songea District Executive Director (DED) Simon Bulenganija pledged to dispatch a team of experts to meet groups in the village.