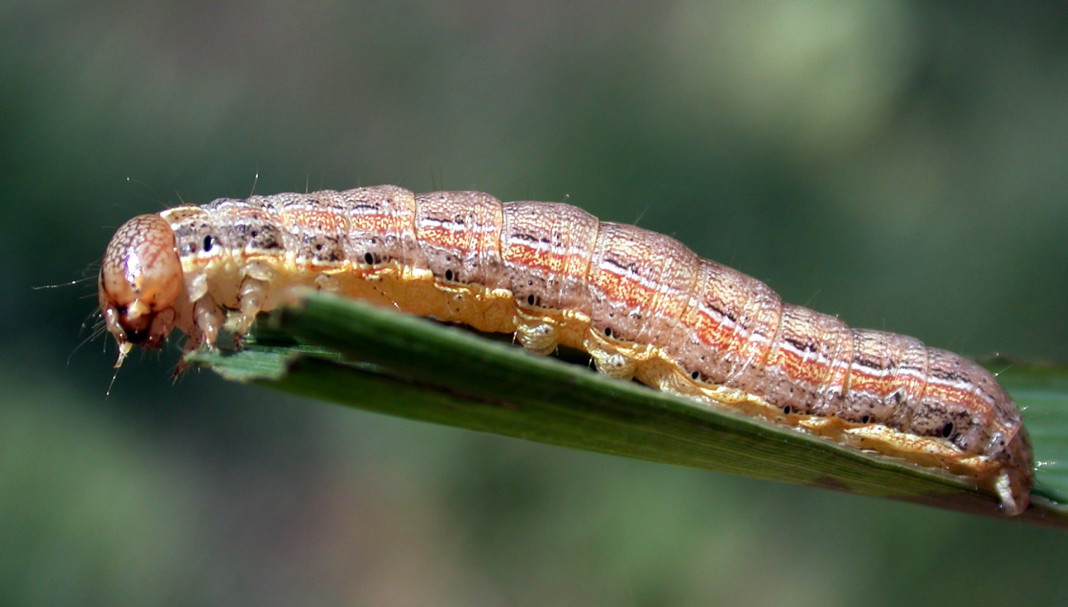 Armyworms have invaded maize farms in Kirinyaga County causing fears among farmers that the destructive crop-eating caterpillars may hurt their earnings.

“Unless something urgent is done we shall not harvest anything this season,” said Mr Jacob Maina whose four-acre farm of maize has been invaded.

“I have sprayed various farm chemicals but the pests are not dying. And since agriculture is devolved, the county government should come to our rescue.”

The farmers said the invasion was a sign famine would get worse.

“Last season we did not harvest anything because of the dry harsh weather and we fear even this season we may suffer because of these pests, which are eating up our crop,” said Mercy Wairimu, a farmer.

Farmers said they spotted the pests two weeks ago and reported to the county department of agriculture for intervention.

“I woke up one morning and I was shocked to find the pests feeding on my maize, which had not matured,” said Ms Wairimu.

George Warui, farmer, said: “The crop was doing very well because of the good rains and favourable weather until the worms set in. The county government should take the matter seriously to save our crop.”

Last year, the Agriculture ministry published a list of nine pesticides that farmers can use in fighting the fall armyworm that has destroyed maize crop around the country.

The armyworms cut maize yields by nearly five million bags in 2017, hurting farmers’ earnings by as much as Sh15 billion

Agriculture Insurance to be considered in Tazania- Gov urged