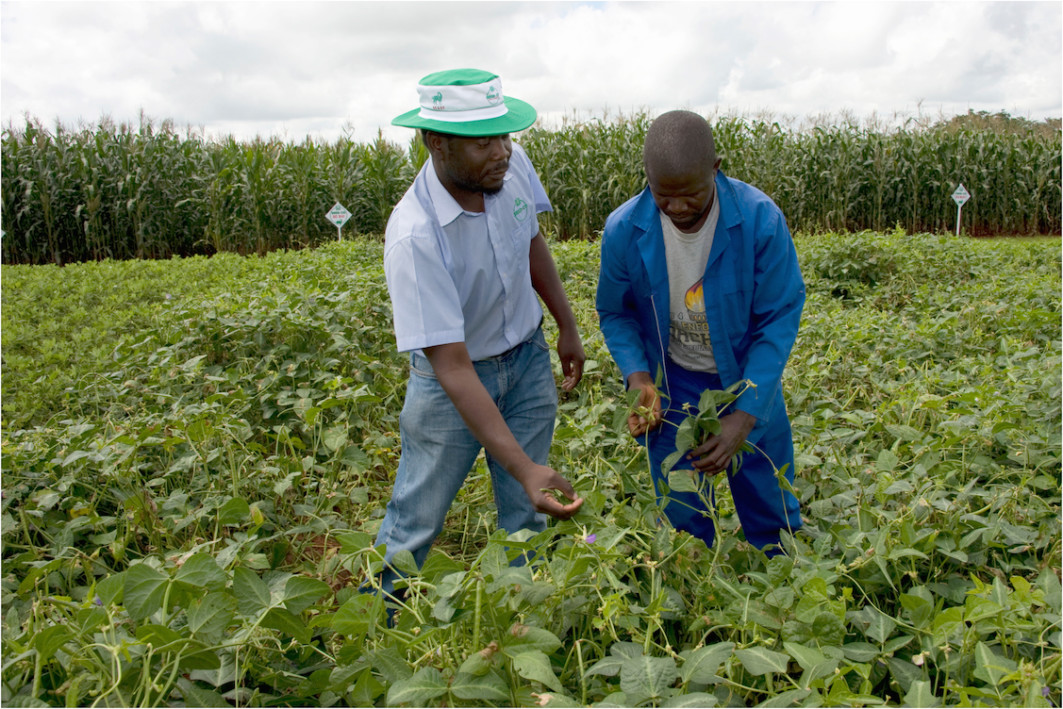 Zimbabwe has just come off the back of a good rainfall season. We must therefore acknowledge and applaud all our farmers — commercial, communal and urban — for responding to the blessing of good rainfall to grow the excellent crops we are seeing throughout the country. We also applaud the Government for initiating Command Agriculture which has immensely contributed to high yields this season.

Most early-planted crops are looking extremely good, demonstrating the importance of hit units to our cropping programmes.

In the same vein, it would be remiss not to applaud our Meteorological Services Department for providing useful weather reports prior and during the season.

Other regional and international weather reports also came in handy.

Accurate weather forecasting is one of the most critical elements in terms of driving both farmer and national productivity.

Notwithstanding, special mention must go to our seed growers who assured that farmers got high quality seed in terms of germination, vigour, uniformity, plant health and cob size.

This strategic move has seen grower yields improve significantly in the past three to four years.

Government must also be complimented for coming up with various grain import substitution programmes (Presidential Inputs Programme and Command Agriculture).

The seed industry solidly aligns itself to Government’s 10-Point Plan under Zim-Asset, especially the agriculture initiatives that are aimed at making this industry the main driver of the Zimbabwean economy.

Our reading is that Government’s position also aligns itself to the AU Arusha protocol and Malabo Declaration which aim to end hunger in Africa by 2025.

It is important for seed companies to be a key player and partner to this noble vision whose thrust is not only to end hunger but also instrumental in job creation and providing critical raw materials to industry.

Going forward, value-addition and a well-articulated export drive will see increased cash going into the hands of our farmers.

While good rains are welcome and necessary, they are not the means to an end. Some of us even fail to capitalise on such good climatic conditions because somehow we tend to ignore some of the most basic agronomic practices.

As farmers, we must be cognisant of the fact that today’s agriculture is premised on science, technology and business.

In Zimbabwe, significant investments in research and development to ensure that seed companies keep pace with climatic and environmental demands that are faced in farmers’ operations have been made.

Among other benefits, that laboratory is now speeding the process of releasing new varieties — for example from 15 to eight years or even earlier — ensuring that our farmers now get new varieties in almost real time.

In addition, the new laboratory is also enabling us to increase breeding gains (high yield in terms of improvements of existing varieties); bred for improved genetic quality of seed which will lead to increased yield for farmers; and increasing precision in breeding leading to development of world class varieties.

The combination of high yields and good complementary traits of our seed cultivars is a rare fit to have in agricultural systems and should be duly taken as an advantage to the farmer and the nation.

Owing to the wider adaptability, some of our varieties are being adopted in other parts of Africa namely Zambia, Kenya, Mozambique, Ethiopia, Ghana, Uganda, Rwanda, Angola, Democratic Republic of Congo, Nigeria and some regions of South Africa.

The pedigree of our varieties therefore makes them suitable and a natural choice for farmers growing under the Command Agriculture programme that set minimum productivity level at five tonnes per hectare.

Soya bean is another good enterprise with very lucrative return on investment and, more importantly, compatible with double cropping cycles.

Going forward let me emphasise the issue of early preparations to the upcoming summer season. We need to have clarity on cropping programmes at farm level.

Generally, the most suitable soil for maize is one with a good effective depth, favourable morphological properties, good internal drainage, an optimal moisture regime, sufficient and balanced quantities of plant nutrients and chemical properties that are favourable specifically for maize production.

Let me also emphasise the importance of liming to, among other things, improve the Fertiliser Use Efficiency (FUE) by crops. Using fertiliser alone without lime results in poor fertiliser uptake and reduces the economic benefit of using fertiliser.

Liming also generally improves soil structure and nutrient availability in the soil and ultimately crop productivity and to a greater extend improves livelihoods and the economy at large.

Appropriate mechanisation should be used as a tool to improve production; reduce costs/output in the long run; maximise efficiency and optimise yields and output.

Tractors, harvesters, tractor drawn equipment, storage silos, driers and irrigation among others are critical resources a commercial farmer should have.

The future of our agriculture sector lies in the youth.

We must therefore commit to investing in and promoting their development; and encourage their participation in all our activities.

Partnerships are also an important factor in agriculture as without them, we cannot hope to adequately fill up our granaries.

As such, seed companies’ contribution to food security by working with government through projects like Command Agriculture is vital and should be continued in future projects.