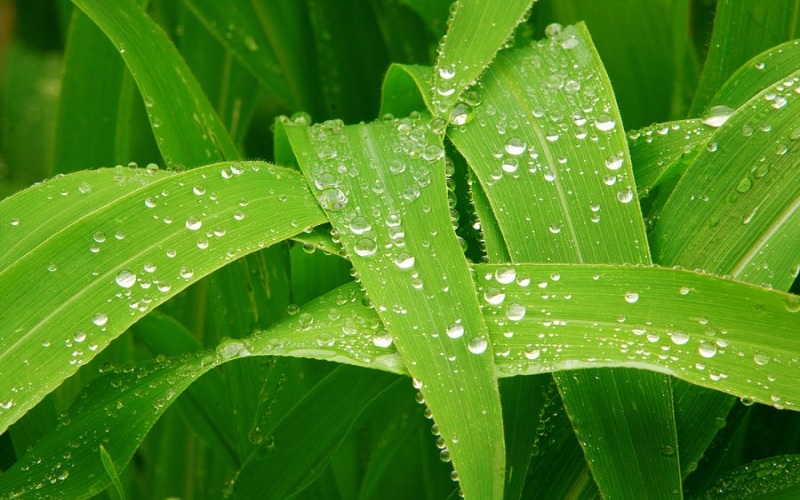 A young guy cultivating cabbages in Nyandarua County is trying to build his business due to a lack of marketing information and credit, and is considering giving up.

Mr Waithanji Kigotho, 32, has leased a five-acre plot of land on which he grows cabbages, which he sells at the farm gate and at the Olkalou open market on occasion.

“Sometimes a head of cabbage weighing 1kg goes for Sh5 which is very little if you compare the inputs I buy and labour work involved,” explains Mr Kigotho.

He adds: “I once tried to apply for credit in a local bank to lease more land to grow potatoes but the bank demanded I must have collateral which I didn’t have.”

“I have discovered that market information is crucial in this business but getting that information from the county Agriculture offices is a challenge as the extension services died a long time ago,” said Mr Kigotho.

He is not alone. A group of enterprising youth doing fish farming on the shores of Lake Solai in Nakuru are almost giving up as they have no money to buy coolers to keep their fish fresh once they harvest them.

“We have tried to get a credit facility at a bank where we operate a joint account but it has been a disappointing experience as we are asked to produce collateral,” said Mr Andrew Kimutai, the team leader of the seven-member group.

At the densely populated Jawatho slums in Njoro sub-county, Nakuru another group of youthful women is working hard to improve their situations while also contributing their energy and creativity to start a poultry venture.

“Our profit margins are becoming thinner by the day. The market is flooded with cheap eggs from Uganda, which are selling at Sh300 per tray and it is becoming hard for us to sell a tray at Sh450,” said Ms Jedidah Wambui, the secretary of the group.

This scenario is replicated across Africa where the youth account for 60 percent of all African unemployed, according to the World Bank. In North Africa, the youth unemployment rate is 30 percent. It is even worse in Kenya, Botswana, the Republic of the Congo, Senegal, South Africa, Nigeria and several other countries.

Young people under the age of 25 accounts for about 60 percent of the African population. According to the UN, there are about 1.8 billion young people between ages 10 to 24 in the world. Out of the estimates, Africa is home to over 200 million. The rate is increasing and is expected to grow by 2035.

The runaway unemployment has seen many youth who can’t find viable jobs in their communities migrate from rural areas in search of opportunities in bigger cities and urban centres where they face an uncertain future.

The agriculture sector holds high potential in providing job opportunities for African youth. As an economic mainstay of most countries, it can sufficiently employ the growing majority of unemployed young people as skilled and semi-skilled labour.

According to a study by the US-based Heifer International, titled: The Future of Africa’s Agriculture: An Assessment of the Role of Youth and Technology, released on International Youth Day on August 12, the youth hold the key to unlocking the continent agriculture potential.

Heifer International, a not-for-profit has been working with rural communities across Africa for 47 years, to support farmers and local food producers to strengthen local economies and build secure livelihoods that provide a living income.

A total of 29,954 youth, 299 smallholder farmers and 110 agriculture-focused organisations participated in the online survey.

The 11-country report reveals African farmers are missing out on Agritech innovations that could supercharge the sector with opportunities for the youth.

It points to the need for new investments to stimulate access to innovations that could encourage African youth now turning away from agriculture to reconsider opportunities in the sector—especially given the need to generate jobs and repair food systems battered by the pandemic.

Malawi, Tanzania and Uganda boast the highest percentage of young people engaged in agriculture. Sixty six percent of youths who completed the survey are unemployed.

The report states that funding, training and access to agriculture technology are the three key areas to support youth to encourage their involvement in agriculture.

According to the surveyed, Agric-focused organisations, the best way to engage youth in agriculture in Africa is through technological innovation (39 percent), government support for young farmers (32 percent) and inclusion/adoption of youth in agriculture policy (21 percent).

The survey suggests that access to finance (37 percent), access to land (14 percent) and lack of training (12 percent) are the three key barriers to youth engagement in agriculture in Africa.

Smallholder farmers and agric-focused organisations surveyed suggested that literacy, socio-economic status and inadequate or non-existence of extension service are the key reasons for the low adoption of technology

The coronavirus outbreak in 2020 affected 40 percent of agric-focused organisations as they had to temporarily close business, 38 percent experienced a reduction of average purchase amount per customer and 36 percent do not have the financial capital to grow back their businesses.

The research suggests that efforts geared towards providing financial capital, capacity building and access to land will spur the youths’ interest in agriculture.

Access to technology is another challenge and innovation in the sector will create change in the perception of youth and transform their mindset about the sector.

“Low technology adoption is also noticeable among young farmers as short messaging service (SMS) technology accounts for the only type of technology employed on farms. The solution to this is education that relies on introducing farmers to technology and its potential application in the agriculture sector. Education on innovation in agriculture and its effects on yields and income will motivate farmers to adopt technology in their farming.”

The report further states that access to capital, regulatory and policy environments have to be addressed to encourage businesses and young people to develop innovative solutions for the agriculture sector.

“Smallholder farmers in rural areas will not have access to smartphones or internet access. However, a basic phone is a good starting point in introducing the use of technology, through weekly SMS on prevailing market prices and best input bargains,” says the report by Heifer International.

It notes the importance of training and mentoring programmes to young farmers.

“The importance of hand-holding young farmers is critical to their success. Training programmes must include exchange programmes, internships, and mentoring. Mentors with agriculture and business start-up experience must be engaged to support youth programmes in a structured and measurable manner.”

The research emphasises the need for the in-depth data collection on smallholder farmers in Africa saying “this will aid evidence-based innovation localised for their use. Creating an agric-tech solution in itself is an end to a means, but a careful process test-run before full adoption is quite important.”

Agriculture contributes heavily to the Gross Domestic Product (GDP) of many African countries and about 23 percent of the GDP of sub-Saharan Africa comes from the sector which employs more than half of the rural population.

Despite the positive effect of agriculture across the continent, the sector remains unattractive to young people. Many young Africans move to the urban areas and have no interest in taking up agriculture as a source of livelihood.

“I’m ready to create employment but getting land to farm and apply for a loan is the biggest headache as my parents have not subdivided the land to me,” said Mr Joseph Irungu, an Agribusiness graduate from Kenyatta University.

“African governments should create capital backings to the interest of the youth in agriculture. To make agriculture more viable for the young people, government or responsible agribusinesses should provide funding,” said Nakuru CEC for Agriculture Immaculate Maina.

According to an Oxford Business Group report, Africa stands a chance to eradicate food poverty and develop economies through agriculture but not without solving the problems facing its agricultural sector like poor governance, lack of investment, low use of fertilisers, better seed type, low use of mechanised farming, accelerated population growth, climate change, increased urbanisation among others.

An increase in agricultural productivity where the youth are actively involved will end hunger, reduce post-harvest losses, and enhance nutrition by 2025.

According to the Food and Agriculture Organisation (FAO), the agricultural market in Africa will grow to $1 trillion (Sh110 trillion) by 2030, and Agritech companies have been identified as the backbone for the expansion.

Organisations like the One Acre Fund in East Africa are giving loans to young farmers to help them acquire farm inputs and has partnered with telecommunication giants Safaricom through its digital platform M-Pesa which allows for a flexible and easy way of repaying the loans the farmers get.